Narrowband-IoT (NB-IoT) is a new technology standard, designed to broaden the future of IoT connectivity. Ratified by the 3GPP, a telecoms standards body which works to develop future generation wireless technologies, NB-IoT will soon be deployed by operators across the globe.The technology was developed to enable efficient communication and long battery life for mass distributed devices across wide geographical footprints and deep within the urban infrastructure.

In other words, (NB‑IoT) is a new way of communicating with “things” that require small amounts of data, over long periods, in hard to reach places. 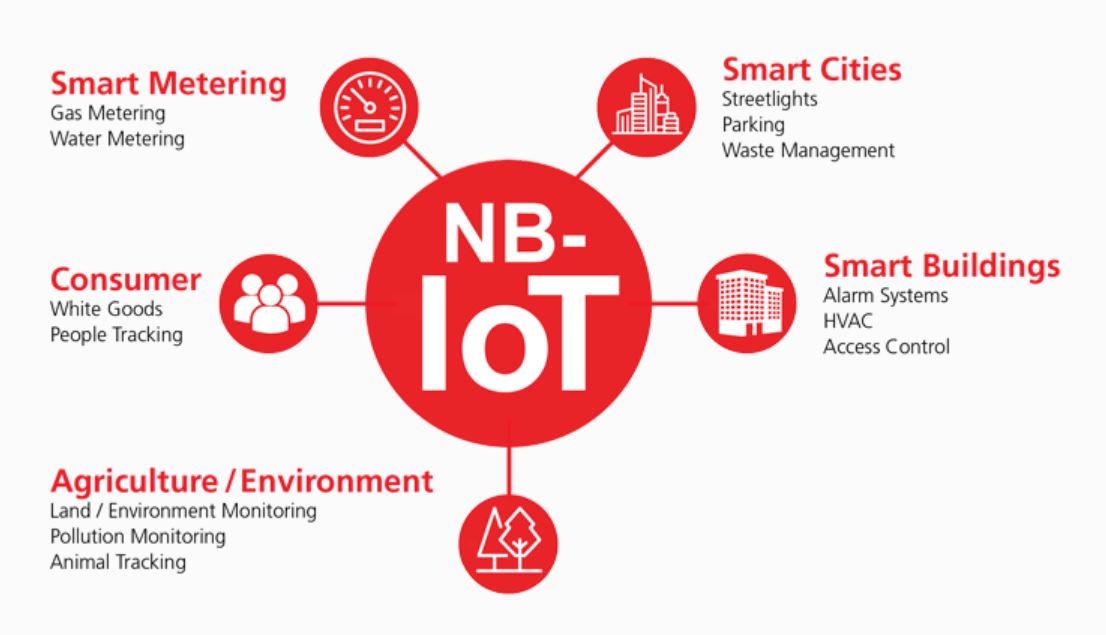 NB‑IoT is well suited for monitoring gas and water meters, via regular and small data transmissions. Network coverage is a key issue in smart metering rollouts. Meters have a very strong tendency to turn up in difficult locations, such as in cellars, deep underground or in remote rural areas. NB‑IoT has excellent coverage and penetration to address this issue.

NB‑IoT connected sensors can send alerts about building maintenance issues and perform automated tasks, such as light and heat control. NB‑IoT can also act as the backup for the building broadband connection. Some security solutions may even use LPWA networks to connect sensors directly to the monitoring system, as this configuration is more difficult for an intruder to disable as well as easier to install and maintain.

NB‑IoT will provide wearable devices with their own long‑range connectivity, which is particularly beneficial for people and animal tracking. Similarly, NB‑IoT can also be used for health monitoring of those suffering from chronic or age‑related conditions.

NB‑IoT connectivity will offer farmers tracking possibilities so that a sensor containing a u‑blox NB‑IoT module can send an alert if an animal’s movement is out of the ordinary. Such sensors could be used to monitor the temperature and humidity of soil, and in general to keep track of attributes of land, pollution, noise, rain, etc.

Deployment could be a problem with most carriers moving to LTE support. With NB-IoT deployed in a sideband, there could also be increased initial costs to develop operating software. Further, modem frontends and antennas may become more complex in cases where there is little existing GSM spectrum. Finally, there’s the risk that giants such as Ericsson or Huawei will charge licensing fees for NB-IoT.

Nevertheless, with so much underutilized 200-kHz GSM spectrum many are looking to make this the best low power, wide-area network yet. It’s no wonder then that Gartner sees NB-IoT as the standard most likely to dominate the LPWAN space in the long-term.