How is Big Data Analysis and Internet of Things (IoT) related?

December 04, 2017
The Internet of Things (IoT), known as the third wave of internet, is on its way to becoming the next technological revolution. According to Gartner, revenue generated from IoT products and services will exceed $300 billion in 2020, and that probably is just the tip of the iceberg.

Once internet of things gets started in real world, we are supposed to receive data from all directions-from freezer, from toaster, from courier services, from power stations. We will start receiving a huge amount of data a.k.a Big Data.

Days are gone when we were getting few MBs of data, in near future Bb(Brontobyte) is going to be the case for sensor data measurement. Now, here comes the Big Data Analysis in the picture. 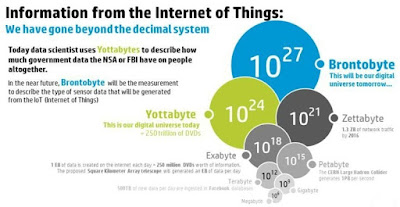 The impact of Big Data will force companies to quickly upgrade their current processes, tools, and technology to accommodate massive data volumes and take advantage of insights that will be delivered by Big Data. 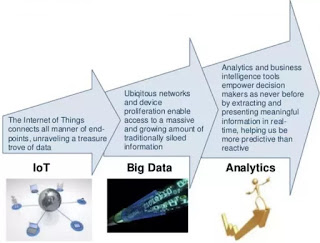 As per the relation between IoT and Big Data Analytics. The IoT mainly has three components:
Consider a scenario, suppose you have successfully implemented IoT in your house. There is one pressure sensor on the door such that every time someone knock the door it enables the camera on the front side of the door to capture the image of one who knock the door. In one day you are getting a huge amount of data. Now, imagine you want to know about the one specific person visited your house in some time-stamp. When you run analytics, you don't have to check all your readings from the beginning, in fact, the Big Data Analytics tool gives you specific information of that person with some sort time.

Once companies have an efficient system to store the data, they need to be able to analyze it. Extracting and managing value from IoT is a big challenge that companies face.

A good analytics platform with the following features: right-size infrastructure, performance, and future growth will solve the problem. With the help of high-quality analytics platforms available today you will soon be ready to take on the challenges and opportunities of a world where the Internet of Things is commonplace.