Human Microchipping, The Benefits And Downsides

March 12, 2018
The beginning of human microchipping technology makes it possible, among other things, to instantly verify whether a person is who he says he is. An RFID (short-range radio frequency identification) implant can hold all the information we usually carry in our wallets. It can transmit our identity information as we walk through a security checkpoint, enable us to use public transport and make long lines at the supermarket checkout a thing of the past. The future of microchipping is exciting, with many interesting potential applications. Chips like the ones we now use in our pets could become commonplace in the next decade. Of course, there are a few downsides to the technology. But while some experts have their doubts about whether these chips are appropriate for use in humans, the fact that they could offer many advantages is indisputable.

The RFID chip is basically a tiny two-way radio, roughly the size of a grain of rice, capable of containing various types of information. It is inserted under the skin and when scanned, the chip can provide information such as a person’s ID number linking to a database with more detailed information about the wearer. Kevin Warwick, professor of cybernetics at Reading University in the UK was the first person to implant an RFID chip into his arm in 1998. The purpose was to check whether his computer was able to wirelessly track his movements within the university. When Applied Digital Solutions in Florida began experimenting with implanting their VeriChips – now named PositiveID – into ordinary people in the early 2000s, the technology started taking flight and received FDA approval in 2004. 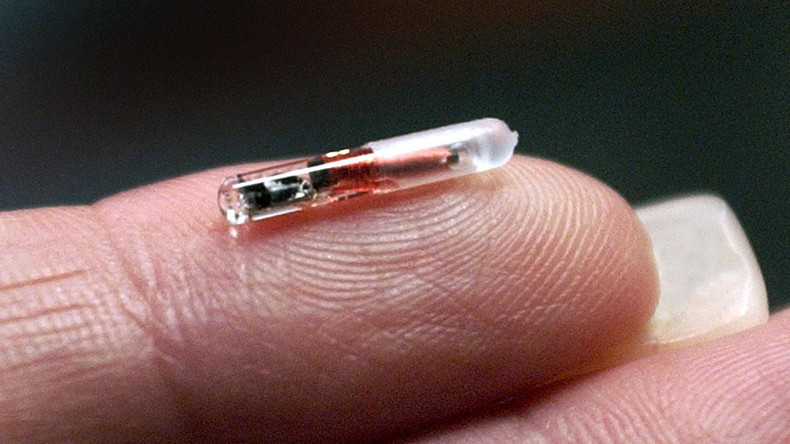 The RFID chip can be a useful tool, especially when it comes to emergency situations where instant access to the right medical information can mean the difference between life and death. Here are some other advantages:

1. You’ll never again have to worry about losing your wallet

We use RFID chips for many of our daily activities. They are in the cards we use to pay for things at the store, take public transport, gain access to buildings and borrow books from the library. The problem with these plastic cards is that we can lose them or they can get stolen. An implanted RFID chip is impossible to lose or steal.

Our passports, IDs and driver’s licenses already contain microchips and it would require minimal changes in infrastructures at the train- and bus stations and airports to transition from scanning passports to scanning arms. You will be identified without having to do a thing – except walk past a reader.

The Baja Beach Clubs in Rotterdam, the Netherlands, and Barcelona, Spain were the first clubs to offer microchipping to VIP clients, allowing them to avoid long waits in lines and offering easy access to membership features. Members use their chips to keep track of what they order and even to pay for their food and drinks. Waiters can scan the chips and a computer automatically debits their bank accounts. Implanted RFID chips are also practical in the workplace, in hotels, at gyms and anywhere else identification is needed to be granted access.

4. Your medical history will always be easily accessible

An implanted RFID chip can be used to quickly gain access to your medical history: what antibiotics you’ve had in the past, what you’re allergic to, what medication you take and any other medical information that’s relevant in medical emergencies, especially when a patient is unconscious. These implants are particularly useful for people suffering from diabetes, cardiovascular disease or Alzheimer’s disease. The chip itself doesn’t contain the patient’s entire medical history, but rather a unique code or number that can be used to access the information from a database. 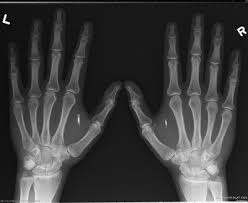 It’s not uncommon for babies to get mixed up at hospitals, for the elderly or hospital patients to wander out of care facilities or for criminals to escape from prison. It is also not uncommon for children to get lost in a crowd, run away from home or be kidnapped. In these instances, being able to track people means peace of mind for millions of caregivers, family members and parents. In the event of a kidnapping, the first 4 hours are the most critical, as murder usually happens within that time frame. An RFID chip could significantly lower the risk of something terrible happening.

6. You’ll be able to automatically control many of your devices

Imagine being able to start your car automatically, opening your front door as you approach it, your favorite TV channel switching on as you sit down on your couch, or your thermostat making sure the temperature is just right when you come home from work. All this is possible with an RFID implant, bringing a digital identity into the real world.

7. Nobody but you will be able to use your weapon

Smith & Wesson, as well as Browning, have already developed an implant system for firearms that allows only the registered owner to fire his or her weapon. Situations in which a weapon is stolen and ending up in the wrong hands or kids accidentally finding a weapon will no longer lead to dangerous situations. Also, the GPS functionality in these weapons will provide information on where, when and by whom the gun was fired, making the ‘lost weapons’ phenomenon at crime scenes a thing of the past.

Of course, there are various disadvantages to implanting RFID chips as well. There are health concerns as well as privacy concerns. Will we still have control over our bodily privacy? Will we be able to remove the implants ourselves? How will we know if our chips are being hacked? 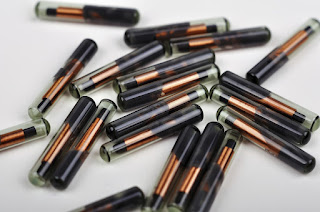 1. RFID chips may pose a threat to our health

There are many different digital identification systems, and we use many different cards. We have a credit card, an ID card, a medical aid membership card, a public transport card and so on. We would probably also need to implant more than just one RFID chip. A potential problem with these chips is that they don’t always stay in their place. They sometimes migrate to a different location, making it hard to find them, which would be particularly problematic in medical emergencies. Some other risks include electrical hazards, adverse tissue reactions, infections and incompatibility with medical equipment such as MRIs machines. During an MRI scan, patients cannot take anything metal, including microchips. Then there are the potential risks associated with certain pharmaceuticals and the issue of electrosurgical and electromagnetic interference with devices and defibrillators.

Research studies from 2007 have indicated that microchips caused cancer in between one and ten percent of lab animals implanted with the chips. Even though these cases are too rare to be distinguished from the cancer risk associated with any other implanted (medical) device, the fact remains that there are various potential RFID chip related health issues that are currently not adequately studied.

2. Microchips may take away our freedom of choice

With RFID implants, we will always have to be on our very best behavior. No more riding the bus for free, driving a little faster than we should, making up an excuse for why we got to work late. In order to serve the public better, the service provider(s) need to have more access to more information, which can also severely limit our freedom. For instance, will we still be able to choose to pay with cash money or our credit card or will we be forced to pay with our RFID implant? What if receiving microchips becomes mandatory for, say, being able to apply for a job, get insurance, being admitted to school? How will we be able to remove the implant?

3. Chips may make us prime targets for people with bad intentions

As is the case with most new technological developments, RFID chips are also sensitive to exploitation. Because they contain so much important information, they can become a prime target for people with bad intentions, such as hackers. Imagine the information on your chip not only be readable but also writable. That would mean your data could be corrupted, wiped or copied. This means that criminals could use your data and copy it onto or replace it with their own data, altering your – and their – physical identity.

4. We need to think about who really benefits from human microchipping

Yes, RFID implants could make our lives more efficient, but we should actually ask ourselves who really benefits from human microchipping. It would make it very easy for Big Brother to continuously track where we are, what we do, how we do it and whom we’re doing it with. This could be very valuable information for large corporations and governments. RFIDs could enable governments, security companies or the police to electronically ‘frisk’ citizens via chip readers placed in public places or along roadsides and pedestrian areas, etc. RFIDs can basically be scanned from a few feet away, by anyone who has a reader. This is a legitimate concern that requires stringent privacy controls and security measures.

RFID chips are already widely implemented. Their applications range from animal tracking, product tracking, inventory, access and passport control and many others. While the thought of having a chip injected into your body is a little strange, it really is no stranger than other implanted devices we use today, such as pacemakers. At this point, microchipping is purely voluntary and mainly used for high-risk patients such as diabetics and people suffering from Alzheimer’s and cardiovascular disease. If human microchipping is not done mandatorily, and not used for tracking or ‘frisking’, people generally seem quite open to the potential applications. Mass implantation of these chips will, however, need to undergo many debates about health and privacy issues.

January 23, 2018
The Internet of Things (IoT) has the capability to transform the world we live in; more-efficient industries, connected cars, and smarter cities are all components of the IoT equation. However, the application of technology like IoT in agriculture could have the greatest impact. The global population is set to touch 9.6 billion by 2050. So, to feed this much population, the farming industry must embrace IoT. Against the challenges such as extreme weather conditions and rising climate change, and environmental impact resulting from intensive farming practices, the demand for more food has to be met. Smart farming based on IoT technologies will enable growers and farmers to reduce waste and enhance productivity ranging from the quantity of fertilizer utilized to the number of journeys the farm vehicles have made. So, what is smart farming? Smart farming is a capital-intensive and hi-tech system of growing food cleanly and sustainable for the masses. It is the application of moder
33 comments
Read more